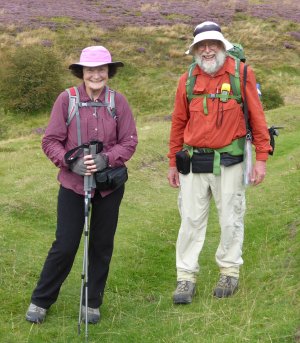 We, Mary and Graham, were introduced to Wainwright’s guides by the owners of a Lakeland cottage we stayed at in 1986, and walked his route along the Fellbarrow–Low Fell ridge.  Decades later we were researching long distance walks and came across Wainwright’s Coast to Coast – we were hooked.

When we told Graham’s mum about our walk plans, she told us we were too old for that sort of thing.  So we are the ‘too old codgers’

Go to this Journal