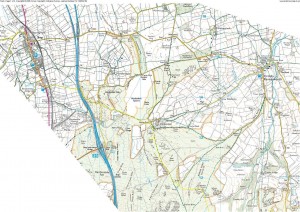 The Lake District is now well behind you and today covers a lot of moorland. Take the signposted footpath opposite the pub at the bottom of the village and cross the railway, a couple of fields and then the M6 motorway, using the footbridge. The path runs through a quarry where very large trucks care very little for your presence, so take care. Then its onto the moor, past the walled village of Oddendale and along the wide clear track and then across moorland with wooden stakes pointing the way.

Crosby Ravensworth Fell is most easily navigated by following the wall, past Robin Hood’s Grave and then following the markers to the minor road. Take the road to Orton Scar and then the farm tracks past Scar Side and Scarside. Another road is used to connect these to Sunbiggin Farm. Soft springy paths now take you to the bird-rich waters of Sunbiggin Tarn. 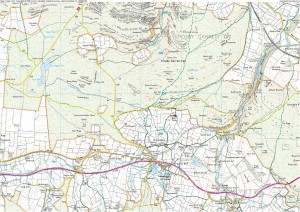 There are options at this point, both north and south for going around Sunbiggin Tarn, but both bring you out at the enclosure walls that you follow, past Bents Farm and onto Begin Hill. Still following the wall, drop down the side of the valley, past Severals ancient settlement, to the disused railway and the iconic Smardale Bridge. If the sun is shining, there isn’t a better place to stop for a break before Kirkby Stephen. 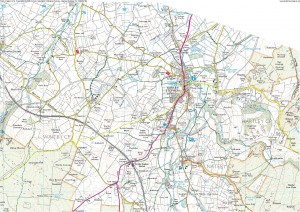 Climb up the other side of the valley, giving views to the left of the old viaduct over Smardale Gill and up onto Smardale Fell. Before long you will reach a road, where you negotiate a dog-leg right then left and then duck beneath the railway tracks. There are a number of fields to walk through before arriving on the outskirts of Kirkby Stephen. The path can either take you on the quiet lanes behind the town, or cut right down one of the many alleys to follow the main road in.